The idea of learning Chinese would strike fear into many people. It is commonly seen as a super hard language, especially for western learners, and only suitable for the brightest of the bright.

Whilst it is true that Chinese is harder for a westerner to learn than most other languages. Getting started isn’t necessarily as hard as people think. Today’s students of Chinese have the benefit of many different resources, technologies and techniques that allow Chinese learning to fun and efficient.

This video from a recent TED presentation is a good illustration of the advantage today’s students have. The video clearly demonstrates learning Chinese that it isn’t too hard, even for those with absolutely no background knowledge or experience.

The speaker ShaoLan makes it seem easy by not only being charismatic, enthusiastic and knowledgeable (key for any teacher) but she is putting together a few basic tools for learning Chinese characters into a visual appealing format. She uses repetition, association, mnemonics, and builds more complex characters using the simpler characters you are already familiar with as building blocks. Many other Chinese teachers and study methods adopt similar approaches (e.g. Heisig, Skritter) but possibly not as visually appealing.

Giving people an easy first step into learning Chinese is always going to be a good thing. However, there is a Chinese phrase that is relevant here:  入门容易提高难 (rùmén róngyì tígāo nán) which essentially means that in all things starting is the easy part, improving is hard. It is really important when learning Chinese to be really clear on your goals, and ensuring that your study continues to push you forward towards all your goals.

Of course at our Chinese language school in Beijing then we not only have the enthusiastic and knowledgable teachers who can give you individual attention, but also we are committed to keeping our students up to date with all the best techniques and tools. After all everyone would like learning Chinese to be just that little bit easier.

I came across two blog posts with polar opposite views on rote memorisation today.

This blog post  reconsiders the value of rote memorisation and repeated reading as a method of increasing understanding with each reading, where as this post includes rote memorisation as one amongst a whole list of things that don’t work for learning Chinese.

Funnily enough, I think both posts have some valuable ideas, and helpful suggestions. The key being that if you are seeking to memorise texts, it is for the sake of fully understanding them and being able to effectively create new content as a result, rather than being constrained to only ever repeat the original text.

Of all the comments I found these comments by Tyson to be the most helpful (especially his point #2 which is that you want to find a teacher who  correct your pronunciation – a strength of all our teachers, and a weaknesses of many big group classes).

My personal experience of learning Chinese, and what we encourage all our students to do is to ignore any of the hype that says that you can be fully fluent in 3 months if you just buy this package, use this technique etc. Chinese is always going to be a hard language to learn, and there aren’t any foolproof short cuts, however there are lots of tools and techniques that work in different situations. We encourage all our students to experiment with all the different tools / techniques and find out what works for them given their personality and learning style.

SRS – spaced repetition systems are a really popular learning tool for increasing your memory retention and recall. Many of our students really like the results it produces whether they are using Skritter, Pleco or Anki.

This post by Olle Linge of Hacking Chinese is a great post for understanding how to make the most of SRS, and how not to use it.

I’m a fan of The Big Bang Theory tv series, the moment I saw when Howard tried to teach Sheldon Chinese, it became one of my favorite parts of the show. Very funny video, it made me laugh so hard.

Dictionaries whether they are paper or electronic are invaluable resources to the language student. Here at 1 on 1 Mandarin, many students are big fans of the Pleco software available for your Android device or iPhone. However there are times when Pleco doesn’t give a definition for a word you are looking for. What now?

There are a few internet dictionaries that i sometimes go to. These include: http://www.wordbuddy.com and http://www.yellowbridge.com both of which have useful features for the language learner, but i also sometimes go straight to Google translate (http://translate.google.cn/?hl=en).

Using google translate requires a little caution, sometimes the translations are a little spurious, but currently* there are two features that can help you understand the correct meaning when other methods have failed. Hovering your mouse curser over a translated word and clicking allows you to see alternative translations, and at the bottom of the screen there is a button to click that allows you to see example sentences of words that you have looked up. These examples are drawn from various places on the web, so ideal for finding out the meaning of words that have only recently come into popular usage.

*I say currently, because in my experience Google have the habit of introducing neat features for a period of time and then removing them. Hopefully these features will be here to stay.

I found this topic on Quora: how long does it take a native English speaker to become fluent in Chinese? I think it would be very helpful to share with people, specially with those who are currently learning Chinese language.

I’d like share one of great answers, this answer was from 大山（Da Shan）, Mark Rowswell who is probably the most well known foreigner in China over many years and he speaks Great Chinese, so I think whatever he says about learning Chinese, it worthies taking some time to read through this following answer:

“When I started learning Chinese, I was horrified to hear that it would take me 10 years to become fluent. 27 years later I’m still working at it. Due to my work on television, some Chinese language learners may consider me a role model of sorts, but every day I’m reminded of what I don’t know and how much more there is to learn.

When did I pass the “fluent” benchmark? Hard to say. After two years of university study in Canada, I could only engage in simple conversations during my first trip to China. However, I did manage to have a very spirited argument with a taxi driver that summer. Towards the end of the argument I realized that I was totally wrong, but didn’t care because it was so gratifying going toe-to-toe with a taxi driver in his own language.

After four years of university study in Canada and subsequent return to China, I was able to engage in basic conversations on a variety of subjects. I made my first appearances on Chinese television shortly after arriving in China, so the evidence is there to see — basic fluency but with a very heavy foreign accent.

A year of immersion in Beijing had a huge impact on my accent and general fluency, as shown by the shows I recorded a year later.

So, based on my personal experience I would say that anyone can achieve good, basic fluency within 5 years if you work hard enough and have some immersion experience. That would include reading newspapers (slowly and with difficulty) and otherwise absorbing Chinese media (albeit nowhere near the level of a native speaker).

You may be able to shorten this by a year or two if you start off in an immersion environment, have great teachers, work like hell and are part android.

“Fluent” is a relative concept. I would summarize:

2 years to lie on your resume and hope no Chinese speaker interviews you for a job (because 2 years is enough to bullshit your way through a situation in front of non-speakers).

5 years for basic fluency, but with difficulty.

10 years to feel comfortable in the language.

One lifetime is not enough to attain the level of a native speaker, unless you start before the age of 10. (I was 19)”

Hope above information helpful for you, let us know whatever you may agree or disagree with.

And if you’d like to know more answer to question, here is the link of quora page:

With the London Olympics in full swing then we thought it would be appropriate to write a blog post on studying Chinese with an Olympic theme.

The Olympic games （奥运会 or 奥林匹克运动会 to give it it’s full name) comprises of 26 different sports (运动）with many different events (项 目）within each sport.

Here is a list of the 26 different sports, and a summary of some of the different events within those sports. We have tried to make it as short as possible but as comprehensive as possible by removing duplicate disciplines. E.g. We have listed 100m sprint, but not 200m etc. 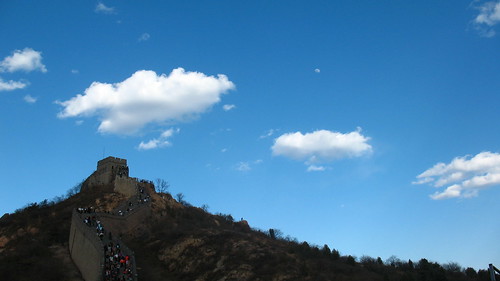 Here are a few basic vocabulary words about health and air pollution that you can use in everyday conversation.

Goobo: “The air is so clean today! Let’s go for a picnic at the park. The fresh air and the scenery will do your lungs good.”

Palunka: “Are you kidding me? The air is SO polluted today. Stay inside and turn on your air purifier.”

Goobo: “But the AQI reported in the paper is fine. Besides, I haven’t changed the filter in a long time.”

Palunka: “Then we’re going to buy a filter right now. Put on your mask. It’s dusty outside. Let’s go!”

There are at least three ways to combat air pollution in your home and outdoors – air filters 空气净化器 (kōng qì jìng huà qì), houseplants 室内植物 (shì nèi zhí wù), and masks 口罩 (kŏu zhào). Most of these options aren’t portable, but check out low-cost ways to help you stay healthy at the MyHealth Beijing blog.

Check out Timeout Beijing’s informative post on some of the musical genres of China. This is a pretty comprehensive post describing each style and its roots, and has  youku videos of a song from each genre. The genres include 摇滚 yáo gŭn (rock and roll), 校园民谣 xiào yuán mín yáo (campus folk music), 老上海 lăo shàng hăi (old Shanghai music) and 民族歌 mín zú gē (minority folk music) from 蒙古 méng gŭ (Mongolia), 傣族 dăi zú (the Dai minority), and other ethnic minorities.

“Music is a big part of life in China. Curious about the various types of music you hear on TV, in stores, and at concerts? Learn more about Chinese culture through music through Timeout Beijing’s A bluffer’s guide to China’s musical styles.

China’s musical genres have never solely been based on style. They usually describe geographical differences but can also extend to lifestyles, access to technology and the needs of state propaganda.

Chinese musicians have often been accused of a lack of originality or even outright plagiarism. Many of the early Cantopop and Mandopop songs simply ripped off melodies from Western and Japanese pop/rock songs and filled them with Cantonese or Mandarin lyrics. Gao Xiaosong, a leading figure of the 1990s campus folk movement, argues that Han Chinese (comprising 98 per cent of China’s population) are better with words than melodies because, unlike poetry and literature, music has never played a part in documenting the nation’s history.

Whether his theory holds water is debatable, but the fact that music in China serves as a lifestyle component rather than a driving social context seems to be a consensus. The following are musical genres that are characteristic of China and popular in Beijing.”

1on1 Mandarin is a Chinese language school in Beijing which specializes in practical Chinese, the spoken Chinese word, and proper Chinese pronunciation. Join us to study Chinese in Beijing and let us help you speak beautiful Chinese.

Culture and Life in China